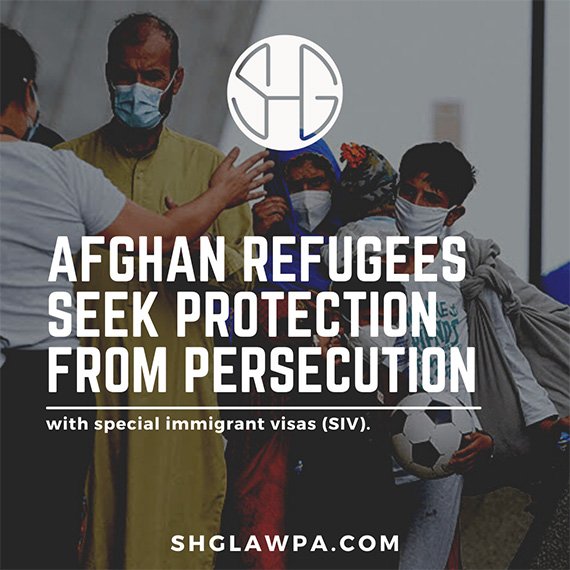 While thousands of Haitians and Central Americans fleeing violence and persecution were being repelled by Border Patrol agents on horseback on the southern border, summarily deported to Haiti, and returned to Mexico to suffer, the US undertook a large-scale evacuation of thousands of Afghans to the US. The Afghans that have been evacuated to the US clearly need protection. They cooperated with the American government, would be in great danger under the new Taliban regime, and the US is obligated to help them find protection. The point is not to assert that one group deserves protection more than another, but to show that there are many pathways available under US law for people seeking protection from persecution and ask if US policy has consistently lived up to our obligations under international and US law.

With the abrupt collapse of the Afghan government and Taliban takeover of Afghanistan, many Afghans – including women, journalists, human rights advocates, and those who had worked for the US government – were placed in great danger. The US quickly organized the evacuation of tens of thousands of people, though many thousands in danger were left behind. Some of those evacuated were in the process of applying for legal status in the US, through family relationships, Special Immigrant Visas (SIVs), or refugee processing. Because of the urgency of the situation, some of those were not able to complete these processes in time while others had never applied. In August 2021 DHS announced that some people in this situation would be admitted through the agency’s very broad “humanitarian parole” authority, which allows entry into the US of persons without a visa for humanitarian reasons. This is a very fast process, unlike SIV and refugee processing. Upwards of 50,000 Afghans may be paroled into the US.

A program of Special Immigrant Visas for Afghans who were employed by or on behalf of the US government dates to 2009. In July 2021 Congress authorized 8,000 additional SIVs for Afghan applicants who have worked at least one year for the US and who have experienced or are experiencing ongoing serious threats because of their employment. In early August, the government announced that certain Afghans will be admitted under the US refugee resettlement program in the upcoming federal fiscal year. These include persons who worked for the US government or a US-funded project in Afghanistan but who do not qualify for SIV status.

The efforts of the US government to offer protection to Afghans in danger is focused on helping Afghans who worked for the US government and their families. But many others will be in great danger under Taliban rule, especially many women, human rights activists, journalists, and judges. Since there are no defined eligibility requirements for humanitarian parole, and each application is decided on a case-by-case basis, we should ask why parole authority could not be used to offer protection to these vulnerable persons and groups.Comparing the inhumane, illegal policy of deportation of desperate Haitians arriving at the southern border with the massive evacuation of endangered Afghans raises complex questions about US immigration and foreign policy. Our obligation to offer protection to Afghans at risk because they collaborated with the US government seems obvious, but is our obligation to Haitians, Hondurans and Salvadorans seeking protection from the desperate violence and poverty in their countries any less, especially given that for years US policy has directly contributed to the current problems in these nations?