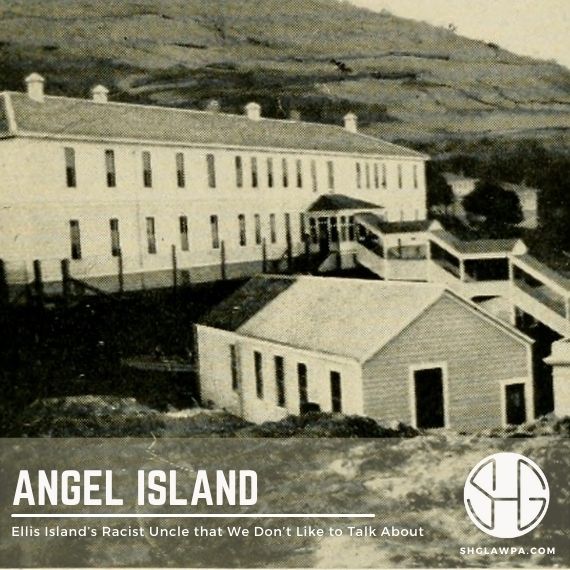 The US public education system teaches our early immigration history with near explicit reference to Ellis Island—the treasured, New York-based home of early arrivals to the States. Its West Coast counterpart, Angel Island, remains often marginalized and forgotten. Angel Island lies on the San Francisco Bay and houses the uniquely heart-wrenching stories of countless Asian immigrants turned away after enduring the station’s strikingly oppressive conditions. Critically examining Angel Island’s history can help us better understand the storied US tradition of welcoming predominantly white immigrants while entirely denying minority groups their sense of belonging in the West.

Angel Island’s immigration facility opened in 1910 and replaced the detention prisons that once held new arrivals on steamships in San Francisco. The facility quickly became the central enforcement area for regulations designed to keep Asian immigrants out of the United States. Foundational to the island’s practices were three key points in legal history:

These legislative maneuvers manifested in starkly different experiences for immigrants processed at Ellis Island and Angel Island. About 20% of immigrants arriving at Ellis Island were detained. Examinations there took about two to three days on average, after which applicants were largely permitted to enter the United States. Almost everyone who came through Ellis Island—nearly 98% by popular counts—was admitted. On the other hand, 60% of immigrants who arrived at Angel Island were detained, most of whom were Chinese, and release came only after months. The longest recorded detention was 756 days—a stint of custody unheard of at Ellis Island.

Not only was Ellis Island a stark haven unknown to immigrants at Angel Island, but the internal politics of the San Francisco facility quickly revealed a broader pattern of US racial discrimination. Passengers arriving in San Francisco were screened and separated by nationality. European passengers were generally permitted immediate entrance into the city. Officials shipped other immigrants of primarily Asian descent to Angel Island, where Boards of Special Inquiry tested them on minutiae related to their stated occupations, families, and hometowns. These immigrants were also subjected to invasive physical examinations entirely disrespectful to their cultural practices.

An ironclad, supposedly escape-proof facility in service of white, racist fears in the United States, Angel Island became a desolate home of unfortunate and unnecessary suffering. Poems written in Chinese calligraphy sprawl the facility’s walls, depicting the harsh reality for immigrants detained there. One verse reads, “Imprisoned in the building day after day…My freedom withheld; After experiencing such loneliness and sorrow, / Why not just return home and learn to plow the fields?” 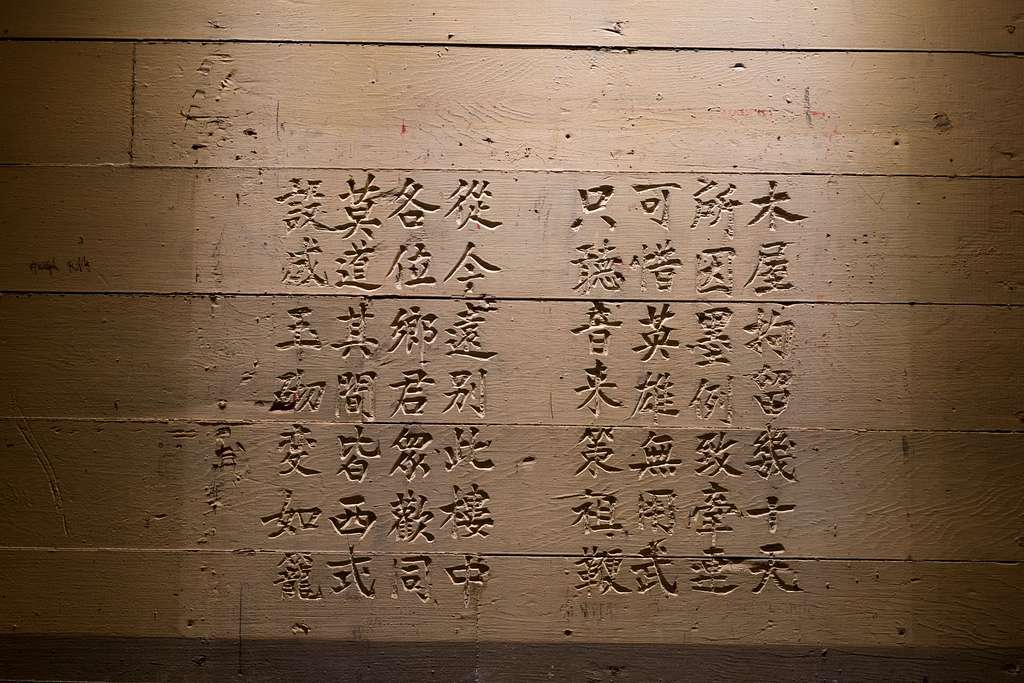 The story of Mrs. Lee, a Chinese migrant who traveled from Hong Kong to San Francisco, offers a fairly encompassing view of the immigrant experience at Angel Island. Boarding a steamship from China, Mrs. Lee, born Jeong Hing Tong, was apprehensive about her future: her husband had recently died, and she, a forty-year-old widow, was left solely responsible for her six young children. Life was uncertain no matter where she found herself, but America presented a new horizon of economic and social opportunity. However, Mrs.Lee could not have imagined that her worst expectations would quickly manifest reality.

Mrs. Lee’s late husband was a second-generation Chinese-American; her father had trekked from Guangdong Province to California in 1866, finding work on the transcontinental railroad. The Lees lived as successful merchants in the States for seven years before returning to China, and many of their children were born in San Francisco. It was, therefore, a shock to Mrs. Lee to be quickly deemed an “alien ineligible to citizenship.” Lee was thus separated from her children and detained on the island alongside countless other Asian women, men, and youth. She lived in a cramped barrack, resting her head on a metal-framed cot stacked three high each night. Mrs. Lee spent fifteen months in detention, suffering under constant fear of deportation and unable to contact her children who needed her care. She eventually gained entry to San Francisco—unlike many of her peers on the island—but remained forever haunted by the inhuman conditions of Angel Island.

Her granddaughter, Connie Young Yu, later made it her life’s mission to enliven the violent history of Angel Island, lest it be forgotten as intended. When approached by an interpreter working at the state park that now occupies Angel Island, she was asked, “Why would you want to remember this unhappy history? It was so unnecessary, all this pain and struggle and detentions and deportations.” In an apt response, shying away from reticent fear, Yu stated, “That’s why we have to remember it.”

Angel Island perpetuated the toilsome experiences of Asian and minority immigrants from 1910 to 1940, processing about 500,000 immigrants from 80 countries. When a fire hastened its closing, the facility was refashioned on the mainland. Although Angel Island is no longer a functional port of entry, activists like Yu continually labor to memorialize the narratives of its detainees. In 1970, the building’s demolition was set to occur when Mississippi Freedom-Rider-Park-Ranger Alexander Weiss began a campaign to salvage the facility and the acutely human writing alive on its walls. In 1976, California Governor Jerry Brown signed a bill to restore the barracks and preserve the poems fully. It is now a National Historic Landmark; still, its history evades American public education syllabi.

Contemporary immigration law, unfortunately, appears reflexive of Angel Island’s oppressive history. According to the Department of Homeland Security, Immigration and Customs Enforcement holds more than 23,000 immigrants in detention on any given day. Many of them are long-time U.S. residents who pose no evident threat to national security. 70.5% of those held in custody have no criminal record. Yet, US immigration procedures force them to endure cruel and arbitrary collective punishment, often defined by insufficient food, clothing, and medical care, and little access to legal counsel. In 2020 alone, 21 people died in US immigration detention facilities.

Growing anti-immigrant sentiment continues to breed widespread discrimination in the US. Immigration laws, too, staunchly favor those with particular skills and backgrounds—most accessible to white, financially stable individuals—while deportees are disproportionately Latinx and poor.

As Angel Island lives in infamy, we must remember the facility’s racial binary of inclusion and exclusion. Immigration practices in the United States must no longer exalt the suffering experienced by early arrivals at the late island.