Colombian Immigration to the United States 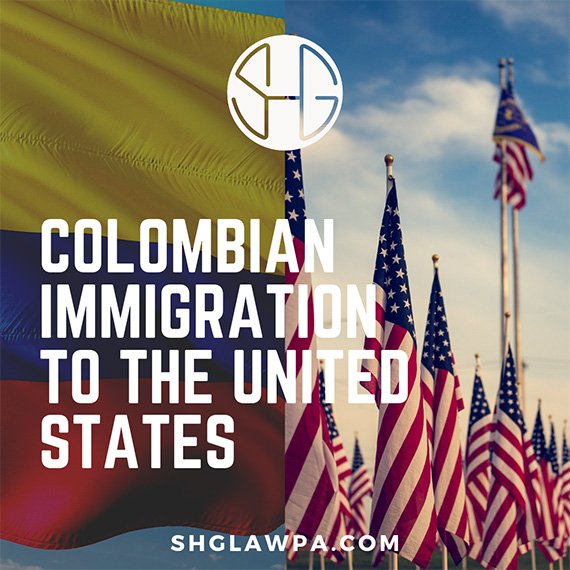 This week, we are writing you from Bogota, Colombia.  While we were down here, we thought it would be nice to explore the history of Colombian immigration to the United States and the contributions of the Colombian-American diaspora.  In our second post, we will explore special employment-based visas that are available to Colombian entrepreneurs and companies who want to do business in the United States. Colombia, named after the explorer Christopher Columbus, is a country in South America. It is bounded on the north by the Caribbean Sea, the northwest by Panama, the south by Ecuador and Peru, the east by Venezuela, the southeast by Brazil, and the west by the Pacific Ocean.  is the second most biodiverse country on the planet. (after Brazil).  It is the only country in South America to have coastlines on both the Pacific and Atlantic Oceans.  It is the most populous nation in Spanish-speaking South America (only Brazil has a larger population on the continent), and one-third of its inhabitants live in its 6 largest cities.

Colombian immigration to the United States started in earnest in the middle of the 19th century.  Periods of simmering instability and violence drove many people from the country for decades, culminating in an upsurge in violence in the 1990s, which, thankfully abated by the end of the 20th century. Colombia is the largest source of South American immigration to the United States and the 14th largest source of immigrants overall.  Improvements in the security situation and economy (which has suffered a severe setback since the onset of COVID-19) have stabilized the country.  Since 2005, there has been significant improvement in security, stability, and the rule of law, which has led to unprecedented growth and development (there have been violent political protests and pandemic related economic setbacks in the past few months, but walking around Bogota in September 2021, it appears that life is slowly and steadily returning to normal).  Indeed, in a change from its past, Colombia has now become a refuge for immigrants from other countries.

Over the past few years, the country has absorbed approximately 1.75 million Venezuelan migrants who have fled the humanitarian disaster there.  Instead of villainizing their neighbors, or trying to build a wall, the Colombian government recently offered their Venezuelan migrants a temporary protected status valid for 10 years.  The Colombian government estimates that by the end of 2022 between three and five million Venezuelans might settle in the country.  While the government has taken a humanitarian approach to their Venezuelan neighbors, some Colombian citizens are not happy about these policies.  So perhaps it’s not surprising that some of the same things we hear Americans say about immigrants are being repeated here.  Last night, as we were driving home from dinner in Bogota, our cab driver railed against Venezuelan immigrants, saying (falsely) that the Colombian government gives them money and support while not doing anything for Colombian nationals.  Just like in the United States, immigration is a complicated issue that evokes strong emotions on all sides of the debate.

More Facts about the Colombian Diaspora in the United States

Colombia is a dynamic country bursting with potential and an energetic, youthful population that will hopefully emerge from the Covid-19 pandemic and Venezuelan refugee crisis as a stronger society.  Colombian immigration to the United States should also continue, as the Colombian diaspora establishes itself and deepens kinship and business links between the two countries.   We enjoy working with Colombian immigrants and hope to continue helping Colombian families and businesses reach their American dream.