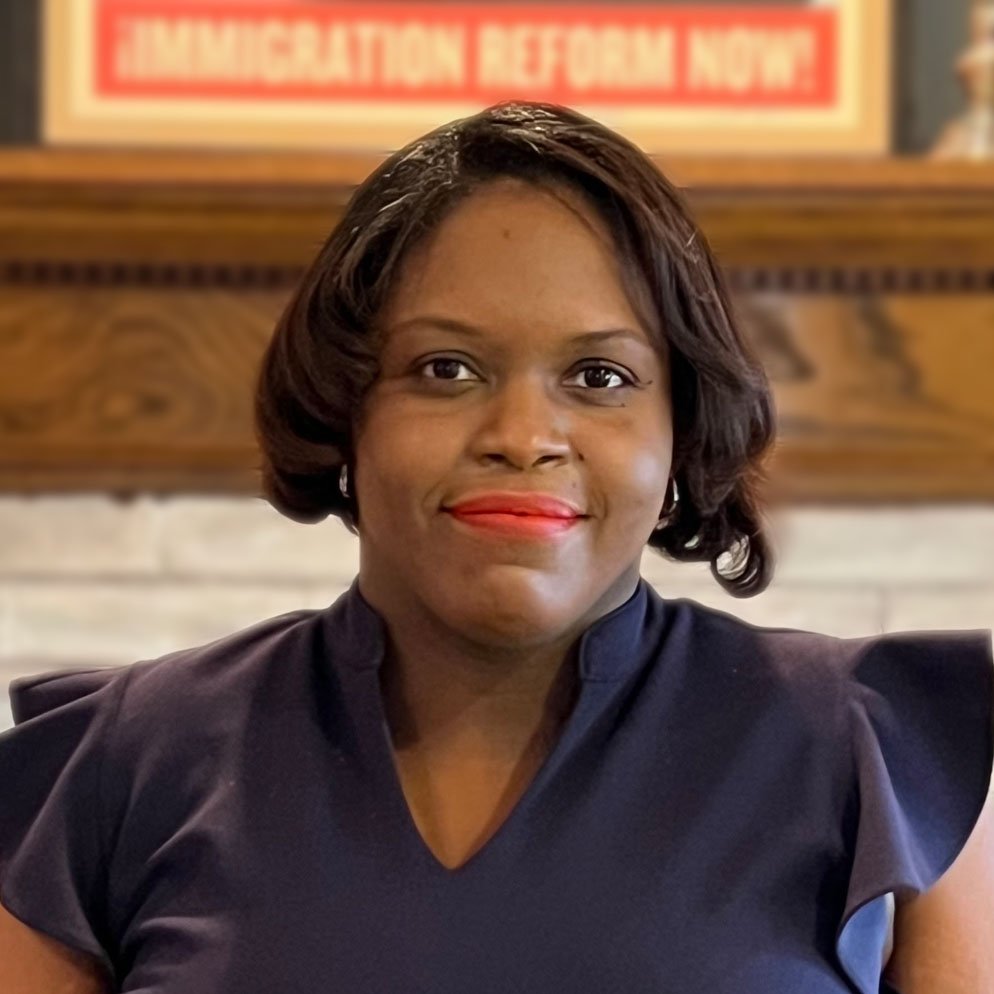 Attorney Melissa Aaron-Cooper, specializes in 601-A provisional waivers of unlawful presence and has extensive experience handling removal defense matters such as Bond Hearings, Asylum, Withholding of Removal, Cancellation of Removal, Requests for Prosecutorial Discretion, and Motions to Reopen and Terminate. She also has a passion for representing women/men who are victims of domestic violence in their applications for VAWA Self Petitions and U-Nonimmigrant Visas for victims of crime. Ms. Aaron-Cooper not only represents clients before US Immigration Courts and the Board of immigration Appeals (BIA), but she also represents clients before USCIS in filing and advocating affirmative asylum/TVPRA applications, Deferred Action Requests (Humanitarian and DACA), family based immigration petitions (such as adjustments of status, removal of green card conditions, K-1 finance petitions, naturalization, refugee/asylee relative petitions and waivers of inadmissibility), requesting stays of removal before ICE, and consular processing before the Department of State. Ms. Aaron-Cooper also has extensive experience with employment based immigration matters and handles H-1B visas, PERM Labor Certifications, EB1, EB2 and EB3 petitions as well as L-1 visas for employees of multinational companies.

Prior to joining Solow, Hartnett and Galvan, Ms. Aaron-Cooper was a senior immigration associate at two different immigration law firms in Northern New Jersey, where she oversaw her firm’s asylum caseload in addition to handling complex USCIS matters; and where she led a deportation defense team.

University of London, Bachelor of Laws, 2006

I first entered the United States with a tourist visa in 1999. My dream was to reunite with my father, a U.S. citizen, who promised that I would be able to pursue my college education, while also adjusting my status. Unfortunately, I found myself at the age of sixteen facing the decision between detention or voluntary departure to Trinidad and Tobago. I had zero knowledge of U.S. immigration laws but the word ‘detention’ sounded grim, so I made the choice to return to my mother in Trinidad and to pursue my education under the English system but my interest in immigration law was forever piqued. As fate would have it, I was able to file my own K-1 fiancé visa after graduation, when I entered the United States in 2008. Since then, I have sought to help immigrants like myself, who have had similar immigration experiences, find ways to resolve their status and in so doing, I believe that I am giving the next generation of immigrants hope, that a future in the United States is indeed possible despite the many obstacles they may face.