WTF is DED? DEFERRED ENFORCED DEPARTURE IS A HALF MEASURE FOR DESPERATE VENEZUELAN NATIONALS 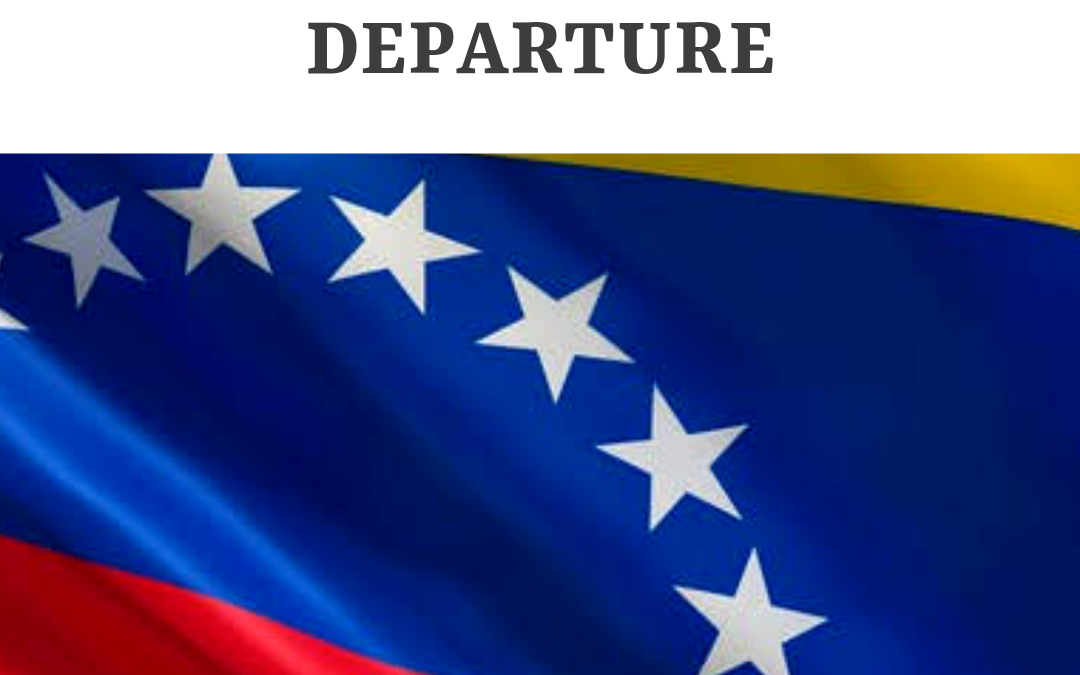 Late in the evening of January 19, 2021, in one of their last official acts, on the Seditionist, Traitor Trump Administration granted Deferred Enforced Departure for Venezuelan Nationals. Deferred Enforced Departure, or “DED,” is a form of relief from removal.  It permits certain individuals from designated countries and regions facing political or civic conflict or natural disaster to temporarily stay in the United States.  It provides an administrative stay of removal designated for specific periods of time.

The move to use DED instead of Temporary Protected Status (“TPS” to be explored below) stems from a long-standing concern from some Republicans that TPS will eventually become a path to permanent residency in the United States. Deferred Enforced Departure is designated by the president and gives the chief executive the ability to end it without as many procedural hurdles. Despite not granting TPS for Venezuelans, Trump — with his campaign’s anti-socialist messaging — won in Doral, home to the largest Venezuelan community in the United States, posting significant gains from 2016.  This was seen as a cynical thank you to that community on his way out the door.

Once the richest country in South America, over in the past two decades Venezuela has descended into a state of impoverishment and chaos.  There are many reasons for Venezuela’s descent, but at its core, it is Exhibit A  (as if we needed that) that democracy is fragile and elections have consequences.  In 1998, the Venezuelan people voted as President a former paratrooper named Hugo Chavez, a Populist Socialist politician with ties to Cuba, who blamed a “Deep State” of political elites and foreign interests for the malaise of the country’s poor.  After capturing the government, he replaced technocrats with political loyalists.  Chavez then exploited and mismanaged Venezuela’s natural resources, mainly its oil company, for short term populist program.  When the price of oil cratered, in 2014, the country experienced the world’s worst inflation rate and an economic downturn that has left millions of Venezuelans destitute.  The average Venezuelan now lives on $2.00 a month.  Venezuela’s democracy has been replaced by the military Dictatorship of Nicholas Maduro, Chavez’ handpicked successor (Chavez died of Cancer in 2013).  Over the past few years, peaceful democratic attempts to change the government have been met with violent repression.  As a result of this chaos and societal breakdown, millions of Venezuelans have decided to flee the country.  Approximately 5 million Venezuelans have sought refuge abroad in the past few years.  The vast majority of Venezuelans on the move (4.2 million) have stayed within the region. Colombia hosts the greatest number of refugees and migrants from Venezuela, a total of 1.8 million. Other hosting nations include Peru (861,000), Chile (455,500), Ecuador (366,600) and Brazil (253,500).

WHAT IS TEMPORARY PROTECTED STATUS AND HOW IS IT DIFFERENT FROM DED?

Over the course of his Presidential campaign, Joe Biden pledged to grant Venezuelans Temporary Protected Status (“TPS”). Established by Congress through the Immigration Act of 1990, TPS is a temporary renewable program that provides relief from deportation for foreign nationals from certain countries who are unable to safely return to their home country due to natural disasters, armed conflicts or other extraordinary conditions. The Secretary for the Department of Homeland Security may designate a foreign country for TPS due to conditions in the country that temporarily prevent the country’s nationals from returning safely, or in certain circumstances, where the country is unable to handle the return of its nationals adequately.  USCIS may grant TPS to eligible nationals of certain countries, who are already in the United States.

During the designated period, individuals who are TPS beneficiaries:

Once granted TPS, an individual also cannot be detained by DHS on the basis of his or her immigration status in the United States.

In 2019, the Democratic-led House passed a bipartisan bill to grant TPS to Venezuelans. But the legislation was held up in the GOP-controlled Senate, despite support from Florida Republican Senators.  Now that Alejandro Mayorkas (a son of Cuban refugees) has been installed as the Secretary for the Department of Homeland Security, I would expect that a decision on Venezuelan TPS will be announced in the next few weeks.  It is estimated that approximately 200,000 Venezuelan nationals residing in the United States could qualify for this benefit.